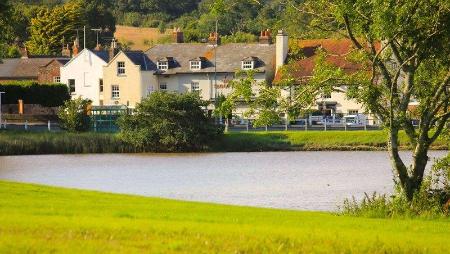 See all
Lakeside Park Hotel & Spa Ryde
Wootton Bridge,Wootton Bridge - View on map
"my sister and i thought a birthday treat was in order so i booked lakeside. however, on arrival there was a question over the money being paid but that was sorted out satisfactorily quickly. the bedroom and en suite facilities were very clean and good view over the lake. i noted on the form from agoda that breakfast wasn't included which i thought was strange however, not having been before i took as such. when i came to settle the bill at the end of our two day stay i found out that it was included so why was this not stated on the bill. we had our evening meal there - a three course meal - the food was barely warm and definitely not enough after a days travelling, plus it cost £54.90 which we thought was pretty steep to say the least. we also booked a pedicure each which was not all that good. i had my feet 'scrubbed' once or twice then left in the footbath to soak for a couple of minutes. when dried the nail varnish on my toes was then 'filed' off, which was not so comfortable- even though i did say the gel on there was removeable with nail varnish remover. am not sure an undercoat was put on but a quick drying top coat definitely wasn't and although my toes were painted whilst i had my sandals on and i waited in the waiting room for about 5 minutes - the varnish smudged on the way out. the swimming pool which we used both mornings was clean and warm, however, the jacuzzi was not in full working condition even though we pressed the buttons to see if it was switched off. finally when i came to pay the bill i was charged a further £161 more for accommodation bed & breakfast which they said was included in the price and which we understood wasn't. so am left with a query as to what was and what was not included in the price we paid to you."
Show more
5.9

Discover the neighborhoods of Wootton Bridge