Hotels with video on demand (VOD) in Edogawa

Hotels with video on demand (VOD) in Edogawa 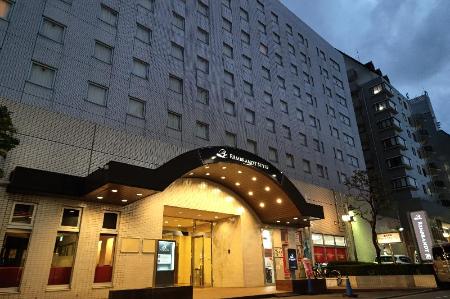 See all
Rembrandt Style Tokyo Nishikasai
Edogawa,Edogawa - View on map
"I came in from Narita and found very helpful the information on the hotel's site to get to Nishi Kasai (bus + 1 tube station). Check in is 2 p.m. but the reception kept my luggage until then very efficiently. My stay was otherwise very agreeable.Service is impeccabe for an hotel of this standard. As for the location, Edogawa Ku is not far from the center. The tube station is just a few meters away and you get to Nihonbashi in just 15 minutes. It's perfect! The neighborhood is friendly and well furnished with restaurants, combinis, even bookstores! Final remark: the price : very cheap for Tokyo. Excellent bargain. I would advise it for anybody willing to discover Tokyo on an economy basis, while still enjoying an excellent service."
Show more
8 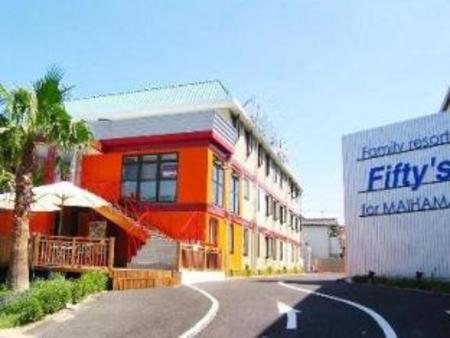 See all
Family Resort Fifty's For Maihama
Edogawa,Edogawa - View on map
"we stayed at family resort fifty's for maihama to visit tokyo disneyland and tokyo disneysea. it is only 20 minutes or so by a public bus from disneyland. although the room was filled with one queen-size bed and one single bed, not much extra space, we were very happy staying there. the accomodation fee is very reasonable, and staff are friendly, and you can have free coffee and tea any time you like. best of all, breakfast is included. their breakfast is buffet style, and you can have western or japanese breakfast. it was very important to us to have nice breakfast, because you tend to spend the whole day eating junk food at disney. "
Show more
7.1 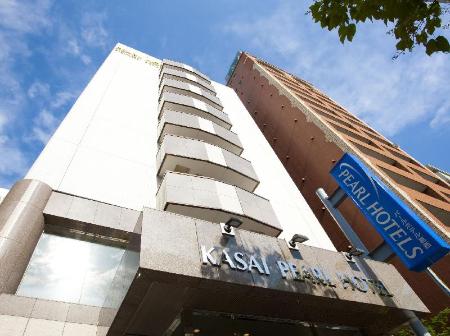 See all
Pearl Hotel Kasai
Edogawa,Edogawa - View on map
"We stayed in this hotel since we availed the 2day pass to Disneyland and Disneysea. We wanted to stay in a hotel which is near the said attraction and this hotel is a perfect choice. They offer free shuttle service going to Disneyland and Disneysea and back and forth. This is very convenient since the hotel is near Disneyland/sea which is a 15minute drive only. We only availed the free shuttle service going to Disneyland and Disneysea. On the way back to the hotel, we just rode a bus (Bus 07) at Bus Stop 13 outside Disneyland. The bus will make a stop at Kasai Station. The hotel staff were very accomodating. They have room service every day. If you opt not to have the room service, they will still even give you new bottle of water, hygiene supplies, towels and bath robe and leave them outside the door. The room is very clean. The restroom has bath tub and hot water if you want to relax after a tiring day. Free wifi is very fast. The location of the hotel is very near Kasai Station which is just a few steps away. There are also convenient stores nearby. The bus stop for the limousine bus going to Narita Intl Airport is just a few blocks away about 5minute walk which is very near. Overall, this hotel is the best budget hotel I've stayed so far. Very good value for money. Excellent service. "
Show more
7.8 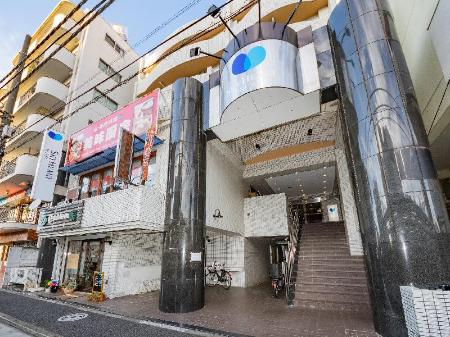 See all
SkyHeart Hotel Koiwa
Edogawa,Edogawa - View on map
"The hotel is incredibly easy to get to from Narita, as you just get on the Keisei line and go until the Keisei-Koiwa station. From there, it's just a couple of blocks straight out of the station, follow with the tracks to your left and you'll arrive in no time. The room we were given had plenty of space for two and our luggage and, even though we were facing the tracks, the occasional passing of a train was more like soothing white noise than an annoyance. We also liked that there was a bit of a break from the bustle of the Tokyo area, and there were plenty of nice walking paths around with a lot of nearby shops. The staff were very friendly and were able to help us in English on the occasions when our (lack of) Japanese skills failed to produce successful communication. Do note, though, that if you're the type that needs conditioner and/or shaving cream, that it is not provided with the room, though a razor, toothbrush, toothpaste, shampoo, and daily tea are. Overall, we had a lovely time in Koiwa. Thank you very much to the Sky Court Koiwa Hotel!"
Show more
7.9

Discover the neighborhoods of Edogawa